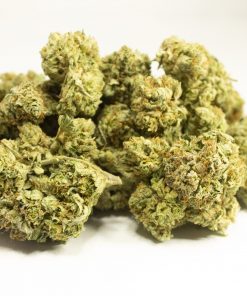 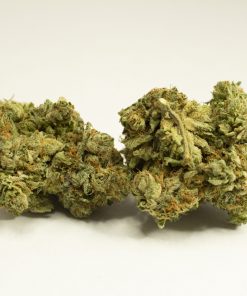 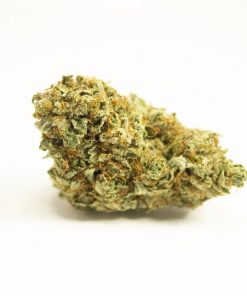 One of the primary landrace strains that accelerated the popularization of cannabis everywhere globally, Hindu Kush is a potent pure indica. It is domestic to the Hindu Kush mountain chain that forms the boundary between Pakistan and Afghanistan. The definition of the word "Kush" is disputed. It has been traced back to a Persian term for "Hindu killer" (regarding the threat of joining the unwelcoming mountains) as well as to Avestan terms meaning only "water mountain."Kush has become a catchword for weed and is frequently used as a suffix in various strains' names, despite whether those strains have the Hindu Kush in their lineage.Seeds of the Hindu Kush and other Asian landrace seed varieties were brought to the United States in the 1960s and 70s by cannabis enthusiasts and explorers. Those seeds travelled along a route that has come to be known as the "hippie trail."The Hindu Kush has unavoidably been crossed with other strains to allow for resistance and change to a completely different environment than its mountainous location of origin; as such, "true" Hindu Kush may not be publicly obtainable in the Western Hemisphere. Nonetheless, Hindu Kush is a moderately pure strain, more sincere and often more effective than the innovation crossbreeds that remain to multiply in today's aggressive cannabis market.It is appreciated for its heavily tranquillizing, almost narcotic qualities and its highly lacquered flowers. The THC creation of Hindu Kush is typically estimated at between 15% and 20%.The Hindu Kush is marked by enormous, clustered green buds that adhere to their incredibly sticky consistency. Some phenotypes have hints of purple in the leaflets, emanating from high intensities of plant pigments called anthocyanins stimulated by cold weather during the vegetative step. The densely-packed buds are renowned for their resin (the Hindu Kush may have been one of the original strains used to create hash) and have a heavy layer of silver-white trichomes.This strain's fragrance is complex, with a concurrently sweet and musky fragrance, reminiscent of spice, sandalwood, pine, and damp earth. The musky fragrance increases when flowers are combusted and vaporized. The resulting vapour is hard and cough-inducing; when exhaled, smoke feels vaguely like pine. The overall flavour response of Hindu Kush is one of essence and herbs.The Hindu Kush possesses a slowly-mounting high that starts as a sense of physical leisure and then progresses toward a position of mental fogginess. Users will feel a massive sensation in the legs and head and may not want to be particularly active. The feeling of couchlock is usually described: users may have plans or purposes of completing a task but will gladly remain still. This immobilization can clear up the mind for slow anticipation and wandering creative thought.Some psychedelic influences like visual deformities and strange physical sensations may also be existing. Because of its colossal body stone, Hindu Kush is not endorsed for ongoing daytime use. Alternatively, it works well as a numbing tool for chronic pain and anti-nausea medication and as a way to reduce stress and tension. Adverse outcomes include dry lips and eyes, occasionally followed by fear and dizziness. A few users have also described encountering distress from larger doses of this strain. The Hindu Kush is especially helpful for users with restlessness, as large sufficient doses can induce sleep.The completely indica lineage of Hindu Kush is apparent in its development. Indica plants are much smaller and stockier than their sativa equivalents, and the Hindu Kush strain outlines this, hardly ever-growing higher than 5 feet. As such, it can be begun indoors, granted that multiple flowers are aligned to allow for the strain's wide parallel branches. Outdoor breeding tends to be more complicated, as the strain's native environment is highly changeable. However, as noted, unique Hindu Kush variations have been preserved through lesser crossbreeding, so some phenotypes may develop well outdoors. Growers may want to cut low-lying branches (which can later be utilized to grow clones) to provide comfortable air circulation. Growers should also cut broad fan blades to allow light to enter flowering nodes up and down the plant's height. When grown indoors, Hindu Kush blooms anywhere between 7 to 10 weeks. If grown outdoors, plants are generally ready for harvest in late October. Hindu Kush can produce up to 1.5 oz per square foot and give a THC count of up to 20%.Securing the Hindu Kush is a unique battle for the cannabis beginner and specialist alike. The Hindu Kush has been developed over countless ages of genetic selection. It has aromatic buds that offer a way to encounter a piece of agricultural and educational history. The strain's robust knockout high may include a new kind of honour for nature -- or at the extremely least, a knowledge of why individuals have selectively grown this plant for centenaries. An actual nighttime smoke, Hindu Kush is well-suited to single-use or tiny intimate gatherings.

This info is sourced from our readers and is not a substitute for professional medical advice. Seek the advice of a health professional before using cannabis for a medical condition.

We have partnered with a new website to bring you all
your favourite product offerings plus more!
Shop now at www.happytreebuds.com
Use the coupon code WEEDSY20 for $20 off PLUS free shipping