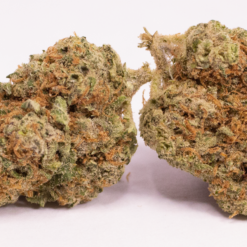 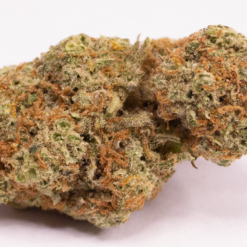 Swiss Bliss has a rather infamous history. Plants from this strain are all descended from a Swiss sativa plant that was seized by the gendarme and eventually given asylum in Holland at Paradise Seeds. The plant was hybridized with other strains to create the mostly sativa hybrid that is known as Swiss Bliss. These plants are hardy growers but do best indoors and flower at 9 weeks. Space may be a concern as they are known for their abundant branching, but when given space, they can produce very high yields. Flowers usually show an abundance of frosty crystals and the aroma of sour fruit.